I am certain that people in Texas, Florida, Mexico and LA California are asking this question.  What is the Question?  Where do we go from here?

Blessings to each of you my yokefellows in the GOSPEL.

Today, I attended the funeral of a 19 year old young man who took his own life. The family has chosen to share the cause of his death in hopes of helping someone else and bringing awareness to the increasing rate of suicide.

​The Soul of the Black Church

In my preparation for the celebration of Black History I ran across this article: "The Soul of the Black Church" written by Nathan Robertson, Jr. based on Revelation 2:1-7. I wanted to share a small excerpt to stimulate your thinking.  Within his article he states, "We take out this time because we believe History is important." When we look at the Biblical Record we see that History plays an important role in the development of God's Children. History is a source of Faith. From History we can learn what God has done for others and have faith that He is able to do the same thing for us.

As a conference I am asking you to reflect on the following question during the month of October. If you find a particular topic of interest let’s make some time to have a rich discussion.

On the evening of Sunday, May 10, 1891, Father Augustus Tolton, the nation’s first self-identified black priest, traveled to a home in Chicago’s “Negro district” to administer death rites to a pious, but once-lapsed laywoman.

Writing about the incident two days later, Father Tolton noted that the “colored woman had been nine years away from her duties because she was hurled out of a white church and even cursed at by the Irish members.”
​
​read more

​We are called to counsel

Within the majority of houses of worship, as well as, outside its’ doors, Pastoral Counseling is as much a responsibility as delivering the Word.  Parishioners seek comfort and assistance from pastors for various reasons, such as, marital counseling, family problems, financial issues, mediation and other problems within the walls.  Many times, the skilled pastor observes the problem prior to the individual(s) seeking help.  Once identified, a pastor must be able to spiritually guide their congregants through the problem seeking resolve.

"Nouthetic counseling is counseling that uses Scripture to confront people about their sin with the goal of helping to restore them to usefulness (Gal. 6:1)."  The History of Nouthetic Counseling and its Founder, Dr. Jay Adams, The Wartburg Watch, 2013.

Blessings and Peace be with you my fellow laborers in the GOSPEL.

Ministry can be challenging.  As ministers are called on to assist our parishioners and others with change.  To manage change, it is important to understand that all external change, whether personal or professional, has an internal process which supports either its success or failure.  Resistance to change is rooted in an internal barrier that should be surfaced, acknowledged and addressed.  The word of God instructs and encourages us to honor our father and mother. But what is the Biblical meaning of honor? ? 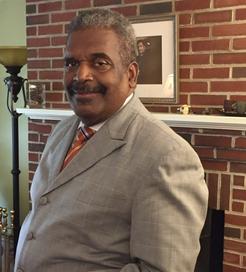 ​Question: "What does the Bible say about honor?"

The word of God instructs and encourages us to honor our father and mother. But what is the Biblical meaning of honor? ?

Is it true that in those days people brought their own bread and wine for communion?

When we reflect on 2016, I must honestly say that we experienced disappointments, heartaches, and losses. I must also acknowledge He has proven to be our Jehovah Jireh, Jehovah Rapha, and our Jehovah Shalom. Without Him, we would not have made it this far.

​
Join me as I remember and reflect on the song written by Andre Crouch: