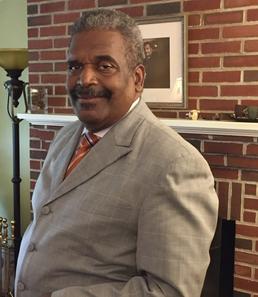 On the evening of Sunday, May 10, 1891, Father Augustus Tolton, the nation’s first self-identified black priest, traveled to a home in Chicago’s “Negro district” to administer death rites to a pious, but once-lapsed laywoman.

Writing about the incident two days later, Father Tolton noted that the “colored woman had been nine years away from her duties because she was hurled out of a white church and even cursed at by the Irish members.”

Inspired by this woman’s enduring faith in the face of such unholy discrimination, Father Tolton, the son of devout Catholic slaves, documented her faith testimony and in the process, gave a voice to the legions of anonymous and unheralded black women upon whose shoulders the African American Catholic community has historically rested.

“She sent for me,” Father Tolton wrote, “and thanked God that she had me to send for.”

To date, black women remain among the most invisible and elusive figures in U.S. Catholic history. Like the woman who sent for Father Tolton on her deathbed in 1891, many of these women remain nameless, captured only in brief references and in the shadows of more well-known members of the church.

Since the earliest importation of African slaves into the Americas, black women have played prominent roles in the propagation of Catholic faith, education, and charity. In the 18th century, for example, black women constituted the majority of the church’s membership in New Orleans, Louisiana, and free black women served as godparents to more than 80 percent of the city’s enslaved population.

Beginning in the 19th century, women became the first representatives of the African American community to enter religious life. Barred from joining white sisterhoods due to exclusionary admissions policies that lasted until well into the 20th century, black women first succeeded in becoming sisters by either passing for white in white congregations or establishing their own orders.

Between 1824 and 1922, African American women organized at least eight historically black and Afro-Creole orders, of which three are still in existence. The surviving congregations are the Oblate Sisters of Providence (1828) in Baltimore, Maryland; the Sisters of the Holy Family (1842) in New Orleans, Louisiana; and the Franciscan Handmaids of the Most Pure Heart of Mary (1916) in Savannah, Georgia and later Harlem, New York.

However, the first known African American woman to enter religious life was Nellie Morgan, who was the sixth member of the Kentucky-based Sisters of Loretto, the first Catholic sisterhood with an American foundation. The daughter of a white man and an ex-slave mother, Morgan passed for white in her order.

Black women also co-founded the Sisters, Servants of the Immaculate Heart of Mary in Monroe, Michigan in 1845 and the Benedictines of Mary, Queen Apostles in Scranton, Pennsylvania in 1995. Both communities are predominantly white.

In addition to educating 10 of the nation’s first 23 black priests, black sisters desegregated several Catholic colleges and universities, including Saint Louis University, Villanova University, and the Catholic University of America, in the era before the Brown v. Board of Education decision. In 1933, for example, Oblate Sisters of Providence Mary of Good Counsel Baptiste and Mary Consolata Gibson re-integrated the Catholic University of America. In 1934, these sisters became the institution’s first black women graduates.

Like their religious counterparts, black laywomen were prominent propagators of Catholic faith and formed the backbone of their parishes and communities. Women, like Anna (aka Madre) Bates of Detroit, founded Catholic missions in their neighborhoods when white ecclesiastical authorities refused to do so. Many of these missions, like Detroit’s Our Lady of Victory, became thriving black Catholic parishes.

Black laywomen also encouraged and nurtured the vocations of black girls and boys in their families and parishes, reminding them constantly that a racially segregated church was a profoundly un-Catholic church.

Angela White’s journey to religious life, for instance, is replete with examples of this kind of support from black Catholic women. A cradle Catholic and native of Washington, D.C., White felt the call to religious life while in elementary school. Soon thereafter, members of her family, the Sisters of the Holy Family who staffed her parish, and a black female public schoolteacher all actively nurtured her vocation, taking her to Mass daily and keeping her on the path of spiritual perfection.

Having grown up listening to the stories of her maternal great-grandmother, Mary Mattie Wood, who cooked and cleaned for the white priests at St. Mary Church in Upper Marlboro, Maryland, but was forced to sit in segregated pews and receive communion after the white parishioners, White also wanted “to change the world” by desegregating a white congregation. Although rejected admission into three white congregations solely on the basis of race, Angela White became one of the first two African American Sisters of Charity of Cincinnati in 1956.

Such examples of black Catholic women’s sufferings and triumphs stand as a searing testament to the enduring faith of the African American Catholic community in the face of bigotry and exclusion. Their stories should inspire all Catholics and be celebrated as Catholic history. Indeed, the lives and labors of this small sampling of women prove that black history is not simply American history, but also Catholic history.

As Franciscan Handmaid of Mary Loretta Theresa Richards aptly put it, “The Catholic Church wouldn’t be Catholic if it wasn’t for us.” And that’s a fact. 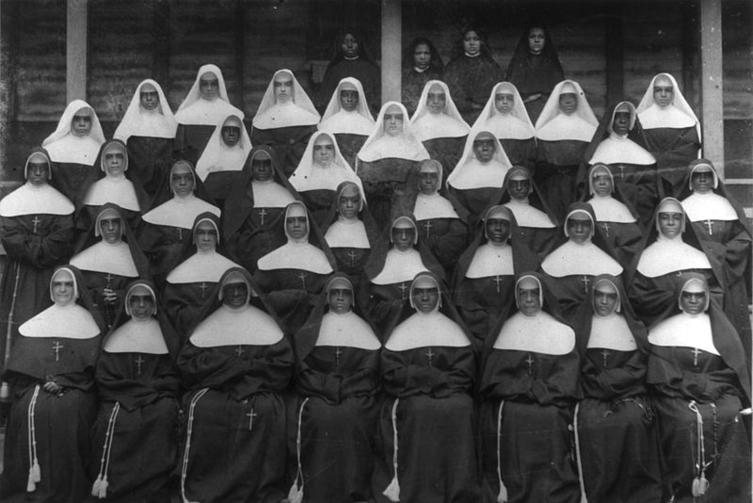