We are called to counsel.

Within the majority of houses of worship, as well as, outside its’ doors, Pastoral Counseling is as much a responsibility as delivering the Word.  Parishioners seek comfort and assistance from pastors for various reasons, such as, marital counseling, family problems, financial issues, mediation and other problems within the walls.  Many times, the skilled pastor observes the problem prior to the individual(s) seeking help.  Once identified, a pastor must be able to spiritually guide their congregants through the problem seeking resolve.


Pastoral Counseling is a very delicate, yet important task.  In the case of marital counseling you have two members who, hopefully, follow you with a belief in your moral values and teachings.  Sometimes it can become difficult because either one or both of them may feel uncomfortable revealing something one may consider “wrong or personal” in the sight of God.  This may cause embarrassment and complete shutdown by one of the participants.  The problem may persist because they do not want to go to traditional counseling out of disbelief or shame.  For this reason, Pastors must allow congregants to comfortably share their ideas; if not in sync with visions or teachings you must be able to use scripture to bring them back while incorporating their own feelings.  It cannot be emphasized enough that Pastoral Counselors must be receptive to the input of their counselee.  Although you must take charge with clear leadership and moderation skills you must always be available and let them know the integral play in the success or failure of the process.  At the same time, you cannot allow scripture to be diminished from the sessions.

Wikipedia infers Nouthetic counseling gives insight as to how this form of counseling came into being.

"Nouthetic counseling is counseling that uses Scripture to confront people about their sin with the goal of helping to restore them to usefulness (Gal. 6:1)."  The History of Nouthetic Counseling and its Founder, Dr. Jay Adams, The Wartburg Watch, 2013 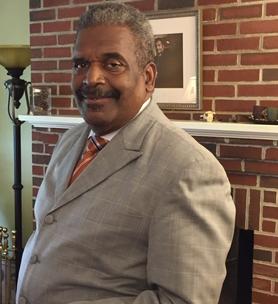 “Nouthetic counseling (Greek: noutheteo, to admonish) is a form of pastoral counseling that holds that counselling should be based solely upon the Bible and focused upon sin, and that repudiating mainstream psychology and psychiatry as humanistic, radically secular and fundamentally opposed to Christianity. Its viewpoint was originally articulated by Jay E. Adams, in Competent to Counsel (1970) and further books, and has led to the formation of a number of organizations and seminary courses promoting it. The viewpoint is opposed to those seeking to synthesize Christianity with secular psychological thought, but has failed to win them over to a purely Biblical approach. Since 1993, the movement has renamed itself Biblical counseling to emphasize its central emphasis on the Bible.”